Marian Kamensky was born on April 1, 1957 in Levoca, Slovakia. Marian was 12 years old when his parents moved to the village of Hrachovo and where he started his drawing. After finishing school he worked as a glassblower in Poltar. Two years later he moved to Prague, Czech Republic, where he worked as a property master at the famous Vinohrady Theater.

In 1981 Marian Kamensky moved to Hamburg, Germany, where he studied Lithography at the Hamburg Arts College. In 1982 he began illustrating the satirical books of Gabriel Laub. He also created illustrations for adventure books by Rudiger Nehberg, and the Biology/Zoology literature of Christian Kuehl. 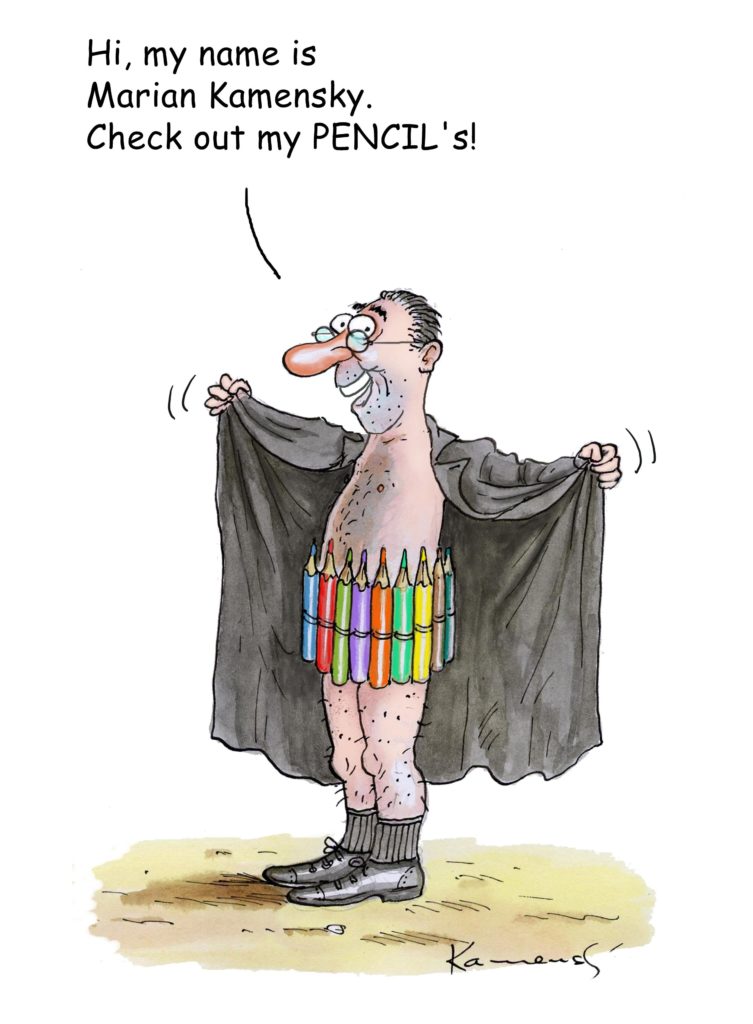 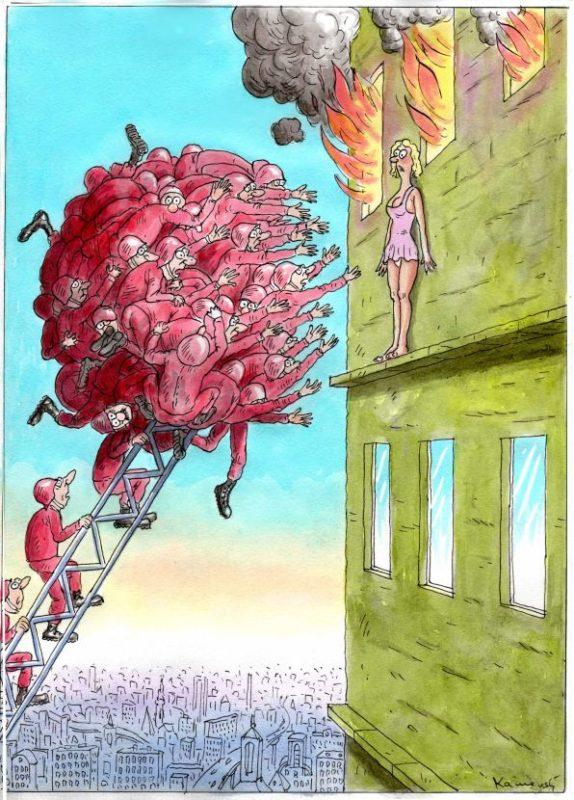 For a number of years his artworks were published in numerous newspapers and magazines in many European countries (Die Zeit, Der Spiegel, Focus, Nebelspalter, Eulenspiegel, Psychologie heute, etc). He also published his work in the United States of America and Canada (Playboy, The New York Sun, The Humanist etc).

In 2001 he returned to Slovakia where he lived and worked in Rimavska Sobota. His artworks were presented at several exhibitions (Gallery Schnecke Hamburg, Gallery Futurum Hamburg, Galerie Dobach Wurselem, Gallery Artica Cuxhaven, Gallery Stein Gelsenkirchen, Gallery Das Auge Lauda, Gallery VITA Swiss etc). In 2010 Marian moved to Austria where he lives in Vienna and where he successfully continues his creative work as an illustrator and cartoonist.